This afternoon I took another look over the wall into the owl nest box to check on progress. The chicks are now around three weeks old and are developing well, and the sight that greeted me was of the three chicks standing upright (for the first time) and looking around while the female sat dozing next to them. When the front chick eventually noticed me it raised its wings in a large fan above its back – an instinctive threat display adopted by many of the world’s owls – and the first time one of this year’s chicks has done this. It clicked its beak a few times, but the female barely opened her eyes to check on me and the chick quickly settled down.

Later I was down on the main roof priming another section and I heard the excited chatter of the bulbuls, followed by the yelp of a dog. Looking down, I was just in time to see the male swooping off. As the chicks develop and the time of their fledgling draws nearer, the male becomes more and more protective and attacks any dog coming close to the Centre. He usually hits the dogs on the head with his talons – and I know from experience that this really hurts!!!! PLEASE DOG WALKERS – KEEP YOUR DOGS AWAY FROM THE CENTRE BUILDING FOR THE NEXT 5 TO 6 WEEKS TILL THE CHICKS ARE FLYING STRONGLY. 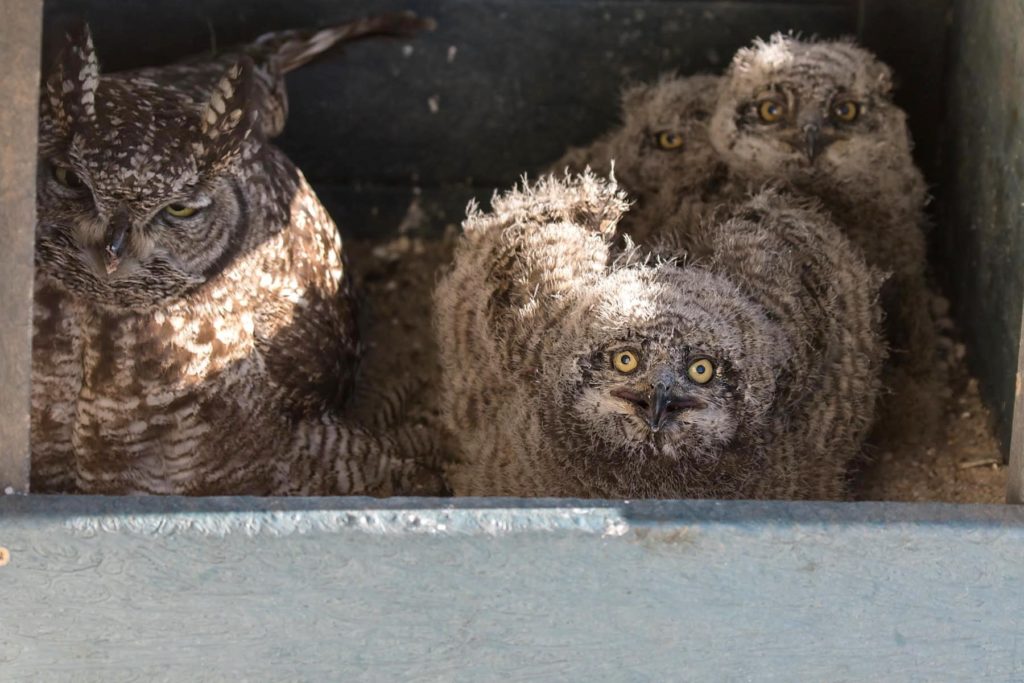