This morning when I climbed the ladder to check on the chicks – the box was empty! There were signs (lots of droppings) that the chicks had left the nest and spent some time walking around on the small roof below the box the previous evening and, shifting my vantage slightly, I could see all three of them huddled together on the roof below the box… ??? What were they thinking – choosing a very chilly day like today to venture out?

The female, who had flown up from the Tea Garden area next to the building to assess my motives seemed to recognise me and she soon settled down, eventually flying down to re-join the male. His vigilance has also increased as the chicks have become more adventurous and has been calling softly anytime there is a possible threat near the building. Interestingly though I’ve not yet heard him give the stressed (and chilling . . ) HOOOOO!!!!!!  threat call. He has been regularly attacking dogs – particularly in the Tea Garden area in the late afternoons/ evenings however and this behaviour will increase in intensity in the coming weeks.

Please dog-walkers, keep your dogs at least 100m from the building – not just to reduce the stress on the owls, but mainly to protect your pet from injury – thank you. 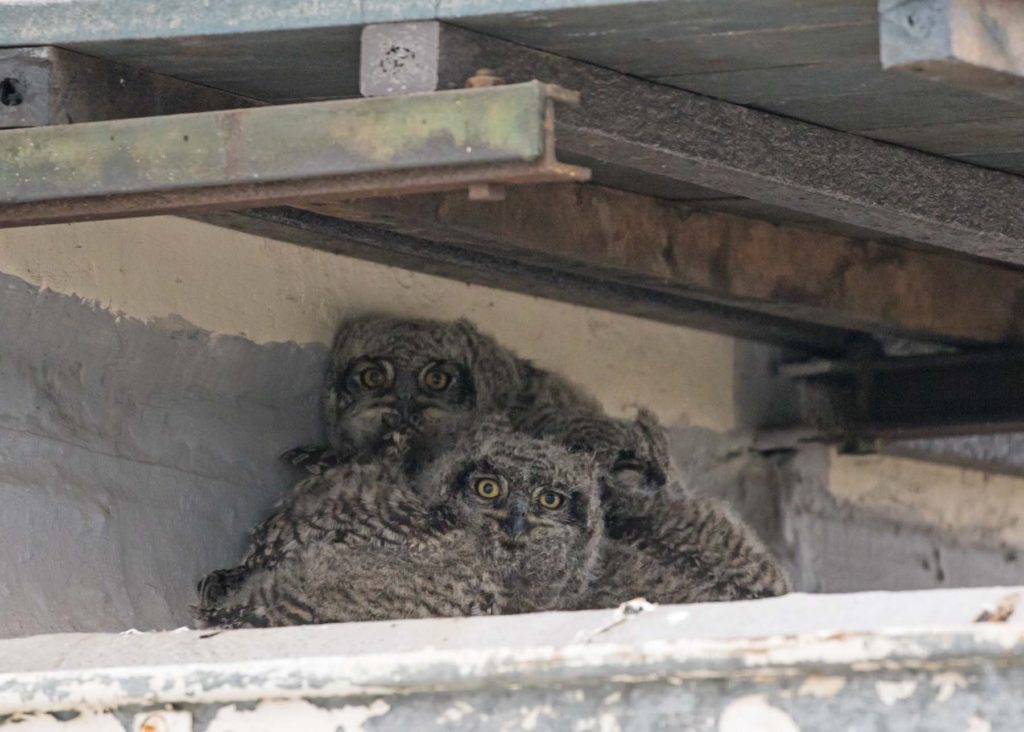 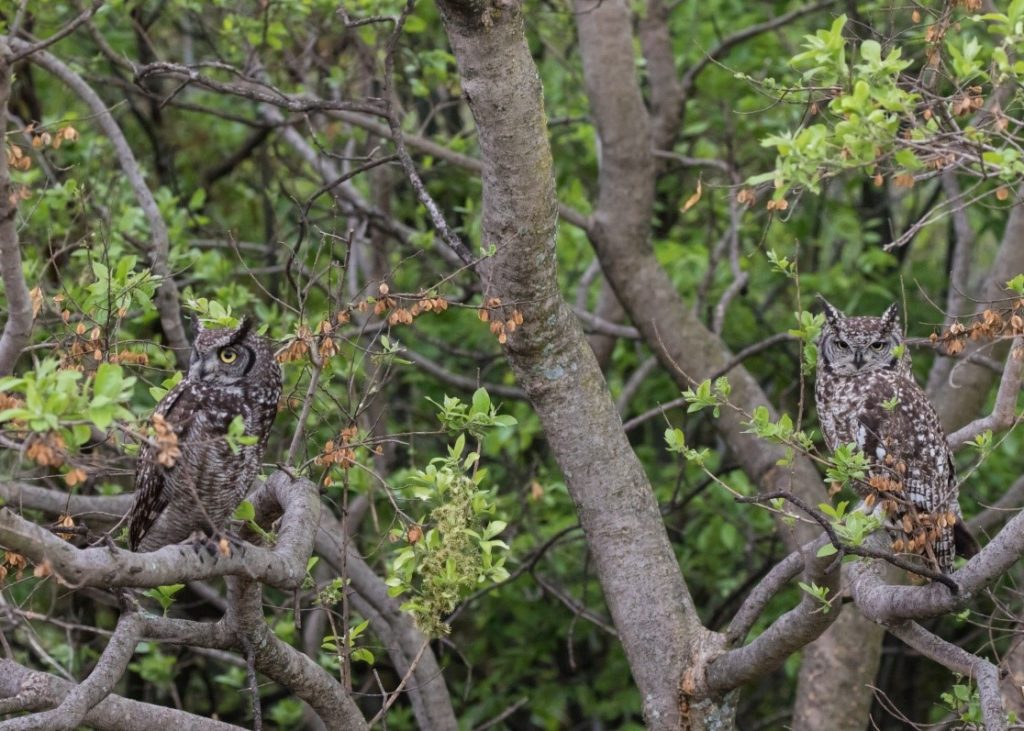 The male and female keeping a close watch on the nest from the trees in the Tea Garden. The male (on the left) is smaller, and also much darker than the female.

A close-up of the male. When he calls, he puffs out his throat showing brilliant white feathers.